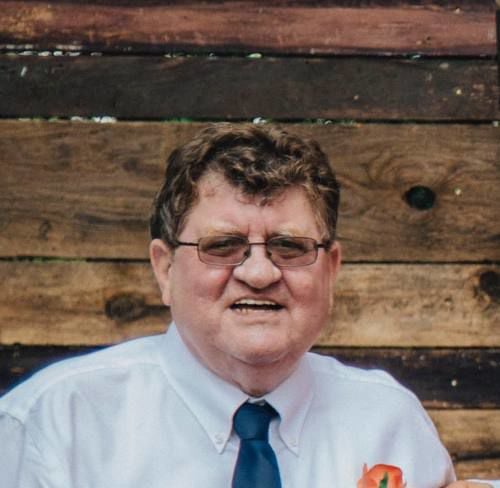 Jim was born on October 7, 1949 in Lansing, Michigan, to Arthur and Marian (Johnston) Lewis, and they preceded him in death.

Jim graduated from Haslett High School in 1967 and went on to Central Michigan University where he received his Bachelor's degree in Social Work. In 1975 he moved to Cadillac and worked as the Director of Big Brothers and Big Sisters for a short time. Later he went to work for Weidner Motor Sales and was there for more than 15 years. Jim retired in 2013 from Milan Well Drilling Supply in Cadillac after 17 years of service.

Jim was a former member of the Cadillac Area Jaycees and attended the Cherry Grove Church of the Nazarene. He loved golf and had played in various leagues in the area. Jim also enjoyed playing cribbage and hunting. He was a huge Michigan State University fan and will be remembered as a fun person to be around and for his great sense of humor.

On October 2, 1976 in Cadillac he married the former Brenda L. Strom, and she survives him along with their sons: James A. Lewis of Van Nys, California, Matthew C. (Andrew) Thomas and Robert J. Lewis, all of Grand Rapids, Michigan; his in-laws, Pete and Virginia Strom of Cadillac; and several brothers and sisters-in-law as well as nieces and nephews.

Funeral services will be held 2 p.m. Friday, September 20, 2019 at the Cherry Grove Church of the Nazarene with Pastor Brian Farmer officiating. Friends may meet the family Thursday from 6 to 8 p.m. at Peterson Funeral and Cremation Services in Cadillac. Jim’s final resting place will be Cherry Grove Township Cemetery in Wexford County.

Memorial contributions may be made to the American Heart Association.