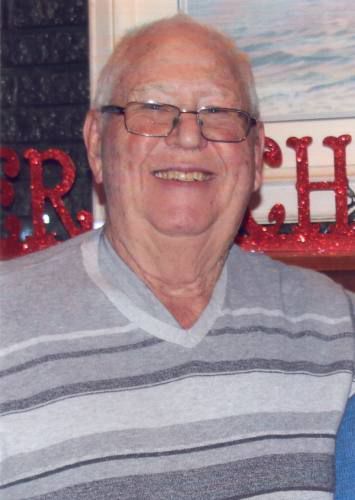 BOON — Robert Lee “Bob‘ Thompson of Boon passed away Monday, March 23, 2020 at Munson Medical Center in Traverse City. He was 82.

Bob grew up playing with model airplanes in hopes of following his big brother Lloyd into the Air Force, which he did when he turned 18 and proudly served for 12 years as a jet mechanic.  After his time in the Air Force, Bob worked at AT&T for 30 years before retiring.

He and Wanda enjoyed traveling around the country, especially when they could visit family in different areas. They loved to camp and fish with their kids, siblings and their families. Bob loved sci-fi movies and TV shows, especially Star Trek and Star Wars. He enjoyed watching baseball and football. One of his favorite hobbies was woodworking, he and Wanda have been making wooden Christmas ornaments for family and friends for about 30 years.

Public services with full military rites for Mr. Thompson will be announced at a later date. Burial will take place at Selma Township Cemetery.

In lieu of flowers, memorial contributions may be made to the American Cancer Society or Dementia Research.