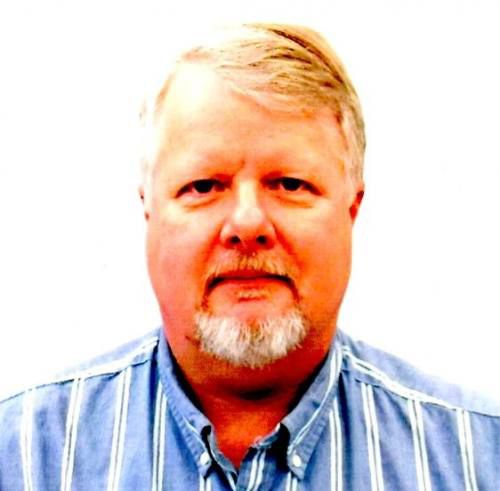 Terry was born December 11, 1955 in Cadillac to Bruce R. and Helen Marie (Girven) Hodgson and they preceded him in death.

He graduated from Cadillac High School in 1974 and started his career in banking while still in school. He had been employed at Cadillac State Bank, NBD, First Chicago NBD, Bank One, Citizens Bank, First Merit Bank for a total of 40 years.

Spending time with his grandchildren was his passion. He was an avid John Deere Collector, of the toy variety and the full size tractors. Terry often jokingly said that he, “bled John Deere green.‘ He attended the Buckley Old Engine Show as well as other tractor shows. Terry enjoyed many trips to the John Deere Factory. As much as Terry loved John Deere he loved taking care of people more. He faithfully attended Temple Hill Baptist Church in Cadillac.

In addition to his parents, he was preceded in death by two grandchildren, Isaiah and Andrew Hodgson, and a brother, Danni Hodgson.

Funeral services will be held 11 a.m. Tuesday, December 3, 2019 at Temple Hill Baptist Church in Cadillac with Rev. Jack Miller officiating. Friends may meet the family Monday from 5 to 7 p.m. at Peterson Funeral and Cremation Services in Cadillac. Burial will take place at Clam Lake Township Cemetery in Wexford County.

In lieu of flowers, memorial contributions may be made to Right to Life of Michigan or Life Resources. An online guestbook is available at www.petersonfh.com.