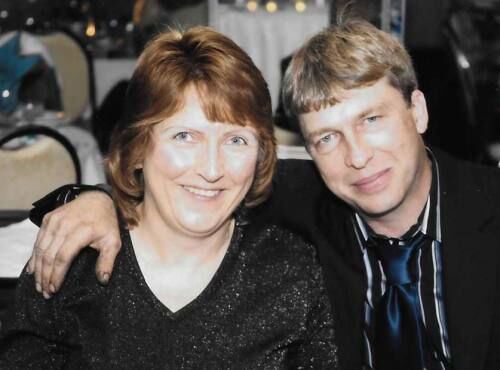 CADILLAC — Theresa Ann Fagerman, loving spouse and collie lover, passed away on August 1, 2020 at Munson Healthcare Cadillac Hospital after a long illness. She was 61.

Theresa was born on June 26, 1959, in Dearborn Michigan to Paul L. and Dolores L. (Gurta) Kujat. She was the fifth child of three daughters and four sons. She spent much of her life in, Wayne, Michigan where she attended public schools and graduated from Wayne Memorial High School in 1977. She pursued an education in nursing and received her degree. After graduating from college, she worked in nursing for several years, helping others in their time of need.

She was an accomplished violinist from a young age and had played at Motown with Lionel Richie and the Commodores and the Detroit Symphony. Theresa eventually met her husband Mark Fagerman and found the love of her life. They lived on an idyllic piece of farmland just north of Cadillac, Michigan for the past several years. Theresa loved long evening walks with her “sweetie sweets‘ Mark on their property with her dog Tigger in tow, always ready to “snuggle‘ with her.

Theresa didn't have children but was a special aunt to several nieces and nephews. She is also survived by her sister, Marion Timmermann (Henry); and brothers, Gary (Gayle), Richard, Tony and John. Theresa was predeceased in death by her parents, Dolores and Paul Kujat, as well as her sister, Linda Strantz (Dave).

If Theresa were here to speak to us she would remind each of us to be patient with each other, say something nice to one another every day, laugh every day, and be kind. She will be missed.