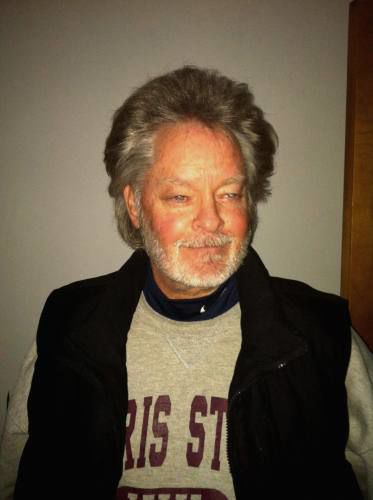 CADILLAC — Thomas William Mueller, longtime resident of Cadillac, passed away unexpectedly on Sunday, November 24, 2019 at Munson Healthcare Hospital in Cadillac. He was 68.

Tom was born on March 4, 1951, in Saginaw, Michigan to William and Lois (Alcock) Mueller. He graduated from Arthur Hill High School in 1969. On March 20, 1976, Tom married the love of his life, the former Joyce Nona Grace Schwind in Saginaw. The two relocated to Cadillac where they began a home, a family, and a life together. Tom got his foot in the door with 9&10 News as a cameraman. Following the humble start with the news outlet, Tom became Art Director where he was able to share his love and talent for art throughout his 44 year career. Tom also used his natural ability to help others and his artwork could be seen as part of local logos, the landscape downtown, and other pieces he completed for friends and family.

Tom had a passion for golf and loved spending time golfing with family and friends. In earlier years Tom was instrumental in Cadillac Hockey. He was part of the first group that helped create the outdoor ice rink, which eventually became The WEX, and spent many good seasons helping coach alongside Scott Graham. Tom’s greatest love was his family; he enjoyed every opportunity spent with them and was a proud father. He will be deeply missed by all those in his family that he loved so very much.

He was preceded in death by a niece and nephew, Amber and Brandon Mueller, and his parents.

A memorial gathering and visitation will be held from 5 p.m. until 8 p.m. on Wednesday, November 27, 2019 at the Hitesman-Holdship Funeral Home. In lieu of flowers, memorial contributions may be directed to Scott Graham’s Cadillac Varsity Hockey Program.