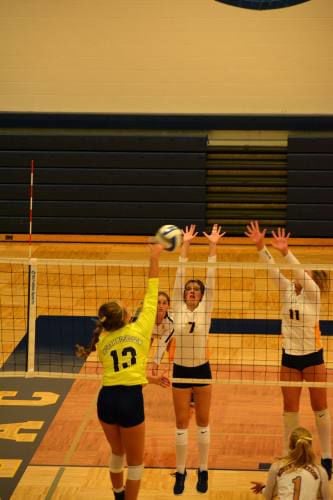 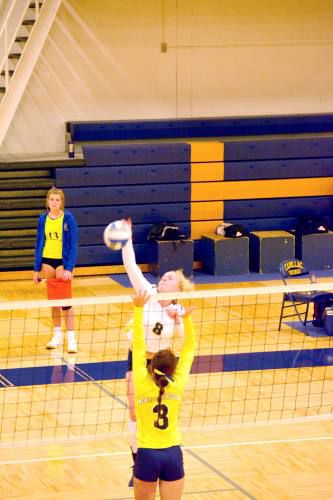 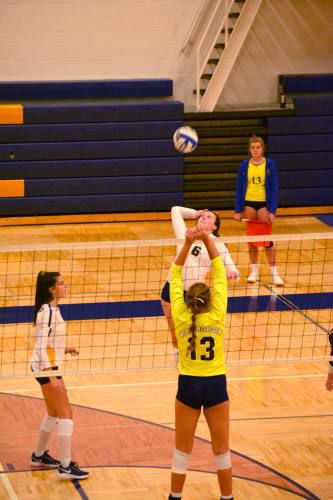 CADILLAC — That little something extra was all they needed.

With memories of last November still in their minds, a long day of volleyball didn't seem quite as long.

Cadillac put together a strong performance when it needed to and beat Kingsley 25-19, 25-19 in the finals of its own tournament Thursday.

The Stags beat the Vikings in a Division 2 regional final last season and there's a good chance they'll see each other again later this year.

"I was very pleased with today's results," Cadillac coach Michelle Brines said. "We continue to get better in all facets of the game. Our defense continues to step up and keep the game going in long rallies.

"The team really wanted to win the tournament and seemed to raise its level of play in the final against Kingsley."

Brooke Lorenz had 16 digs and four aces while Angela Mo had two digs. Mady Smith and Molly McKeever each had an ace.

Cadillac (9-2 overall) is at Gaylord on Wednesday.

"I thought we competed really well against Morley and TC Central for the most part with some good rallies as well as strong serving but we struggled in finishing the games off," McBain coach Shawn Murphy said. "The name of the game today was unforced errors and that is what ended up getting us for the most part.

"I think we showed ourselves that we can compete at a high level and we can tank pretty quickly as well but our biggest foe is what we do to ourselves on the court.

"I'm hoping we can learn from this and push through as the season continues."