Skip to main content
You are the owner of this article.
Edit Article Add New Article
You have permission to edit this article.
Edit
Login
Home
News
Sports
Entertainment
Community
Obituaries
Classifieds
Contact Us
Today’s Paper
Publications
Other
1 of 2 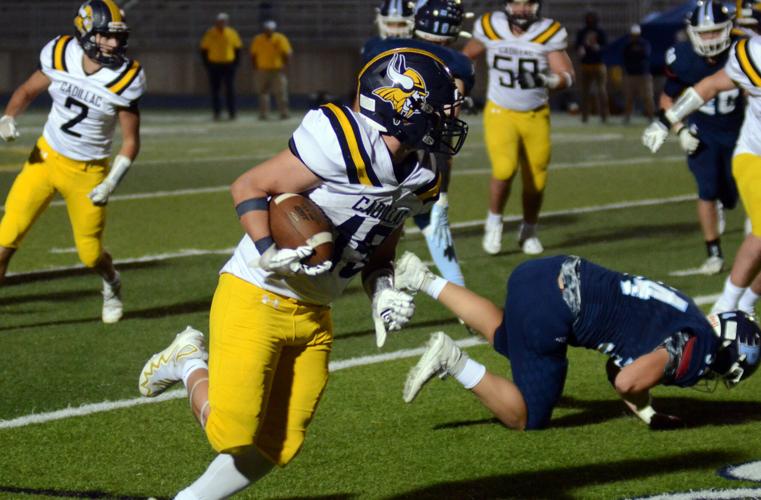 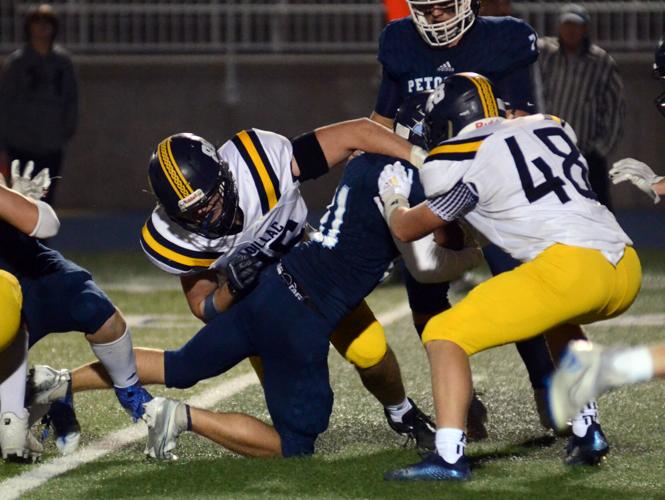 PETOSKEY — A champion is a champion not matter what.

Beating all of your opponents in a six-team or in a four-team league makes it no less of an accomplishment.

And ironically, the man to coach that Viking team is now the head coach in Petoskey in Jim Webb.

First-year Cadillac head coach Shawn Jackson said it was a matter of just getting the job they needed to do done.

“The kids and the coaches accomplished what they were supposed to do,” he said. “They didn’t make up who’s in the league or make up the rules.

“They just went out and did what they were supposed to do.”

While being a league champion is a positive, so too was Cadillac’s play on Friday.

The Vikings struggled mightily in a Week 5 win over Gaylord but made some progress in the last week.

Cadillac put up 304 yards of offense against the Northmen with 157 yards through the air and 147 on the ground.

“We played really well at times …not like we’d never seen a football before like we did last week,” he said.

“The offensive line blocked better, our outside guys like Taylor Owens and Gavin Williams blocked well and our backs — Kaleb McKinley and Connor Vermeulen — ran hard.

“We got better this week.”

Petoskey answered to go up 7-6 before Howell hit Jaden Montague with a 22-yard TD pass for a 14-7 lead. The Northmen scored later in the second quarter and it was 14-13 at the break.

The Vikings then scored on two straight drives in the second half, some of the best football they’ve played in weeks. Each drive was punctuated with a 1-yard keeper by Howell to build a 28-13 lead.

A fourth-quarter Cadillac fumble gave the Northmen life, though, and they cut it to 28-19 on the next drive as the two-point conversion attempt failed.

From there, the Vikings shut things down.

“We had some big penalties that killed drives and we’ve got to quit shooting ourselves in the foot with things like that,” Jackson said. “We’ve got to learn how to finish games on offense and not have to put the defense back out there.”

McKinley finished with 110 yards on 19 carries. Howell was 14 of 19 passing for 157 yards and two TDs. Derek Rood caught three passes for 47 yards.

Chris Reinhold and Eli Main paced the defense with eight tackles apiece while Rood had seven and forced a fumble. Teegan Baker added six tackles and Vermeulen recovered a fumble.