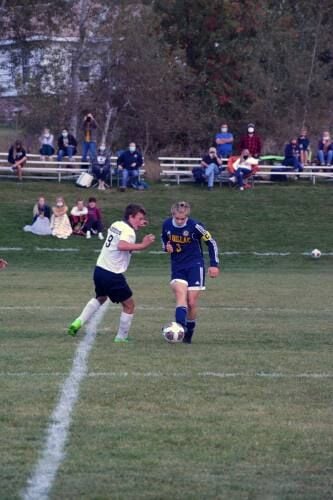 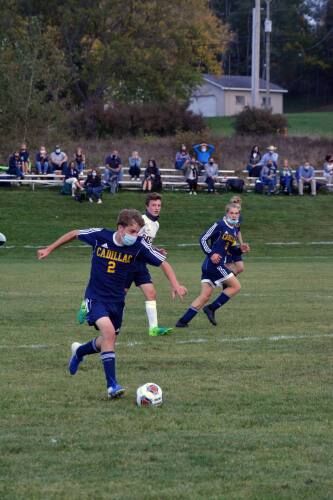 CADILLAC — There's a needed shot in the arm.

A Cadillac soccer team battling illness and some injuries scored a 1-0 win over Gaylord in a Big North Conference contest Thursday at the CASA fields.

Mike Mollohan scored the game's only goal on a penalty kick 10 minutes in and the Vikings made it stand up.

"I think this was a great win for us tonight," Cadillac coach Ian Wolf said. "Gaylord is a strong and fast team that likes to press high but once we settled in and started playing our game, we felt like we were able to control things well.

"We're headed into the second half of the Big North so there's no time to let our foot off the pedal. We need to get back to work and prepare for next week's games."

Cadillac is at Traverse City West on Tuesday.

• Cadillac and Gaylord played to a 2-2 tie in the JV game.