You are the owner of this article.
Edit Article Add New Article
You have permission to edit this article.
Edit
Login
Home
News
Coronavirus
Sports
Entertainment
Community
Obituaries
Classifieds
Contact Us
Today’s Paper
Publications
1 of 5 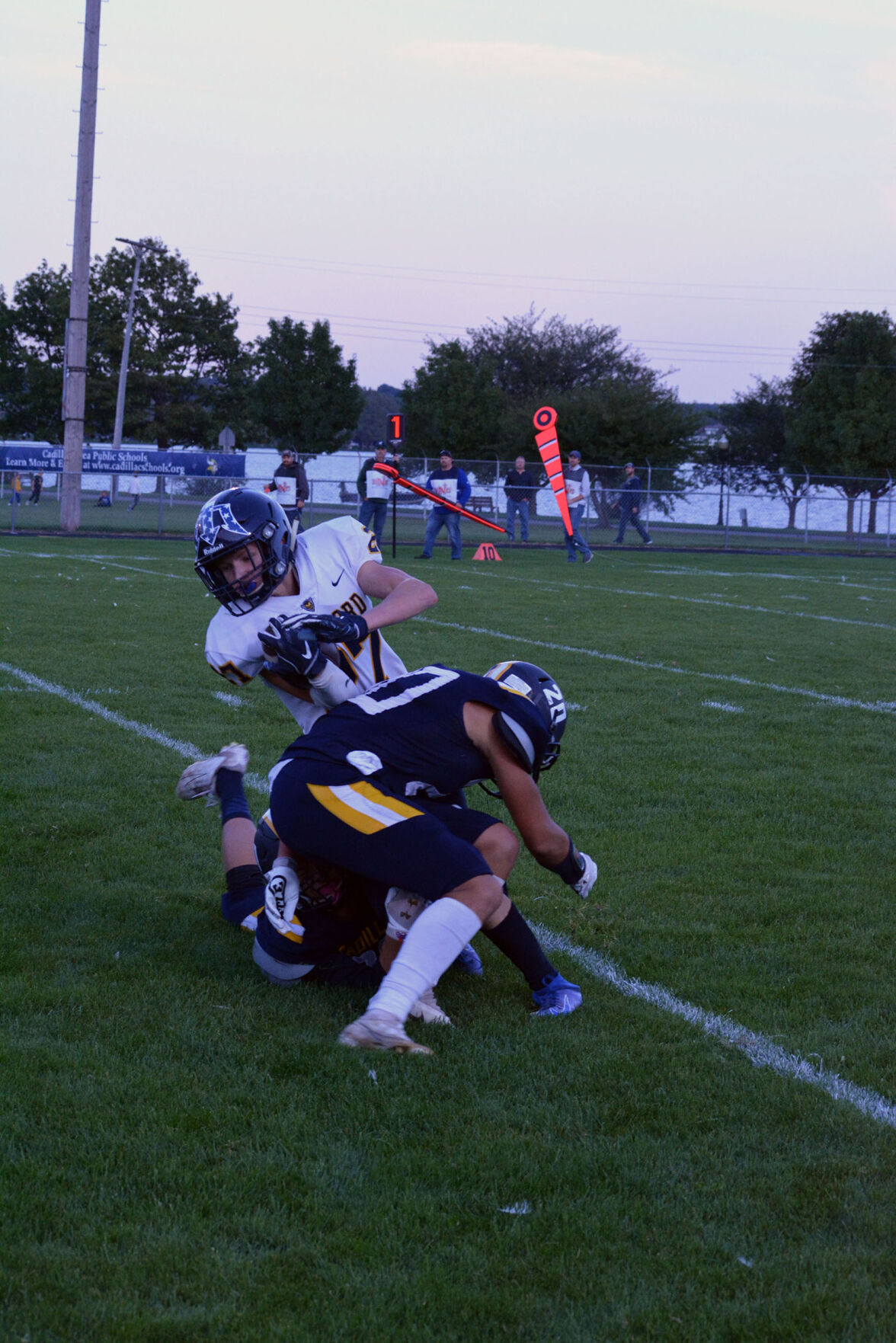 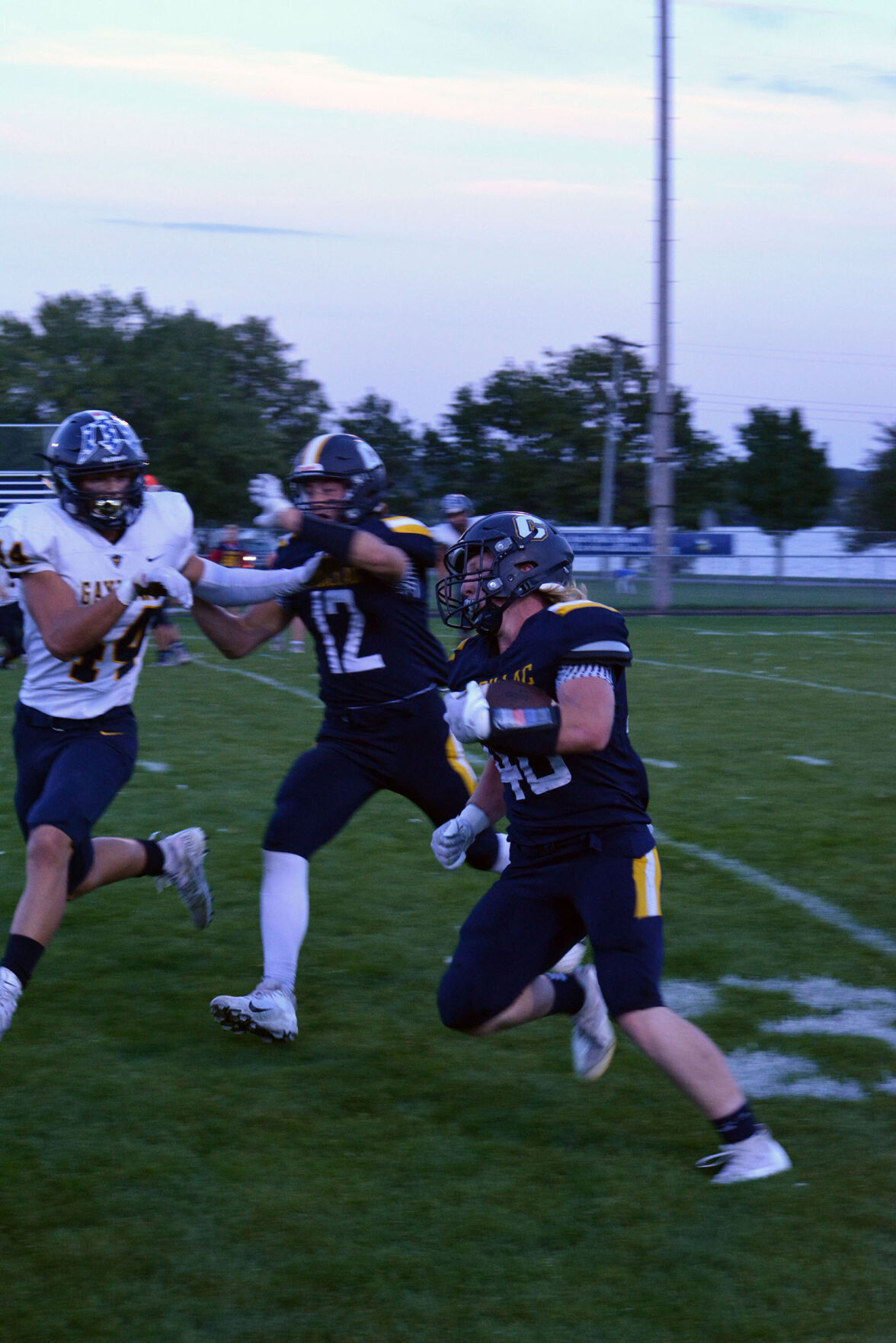 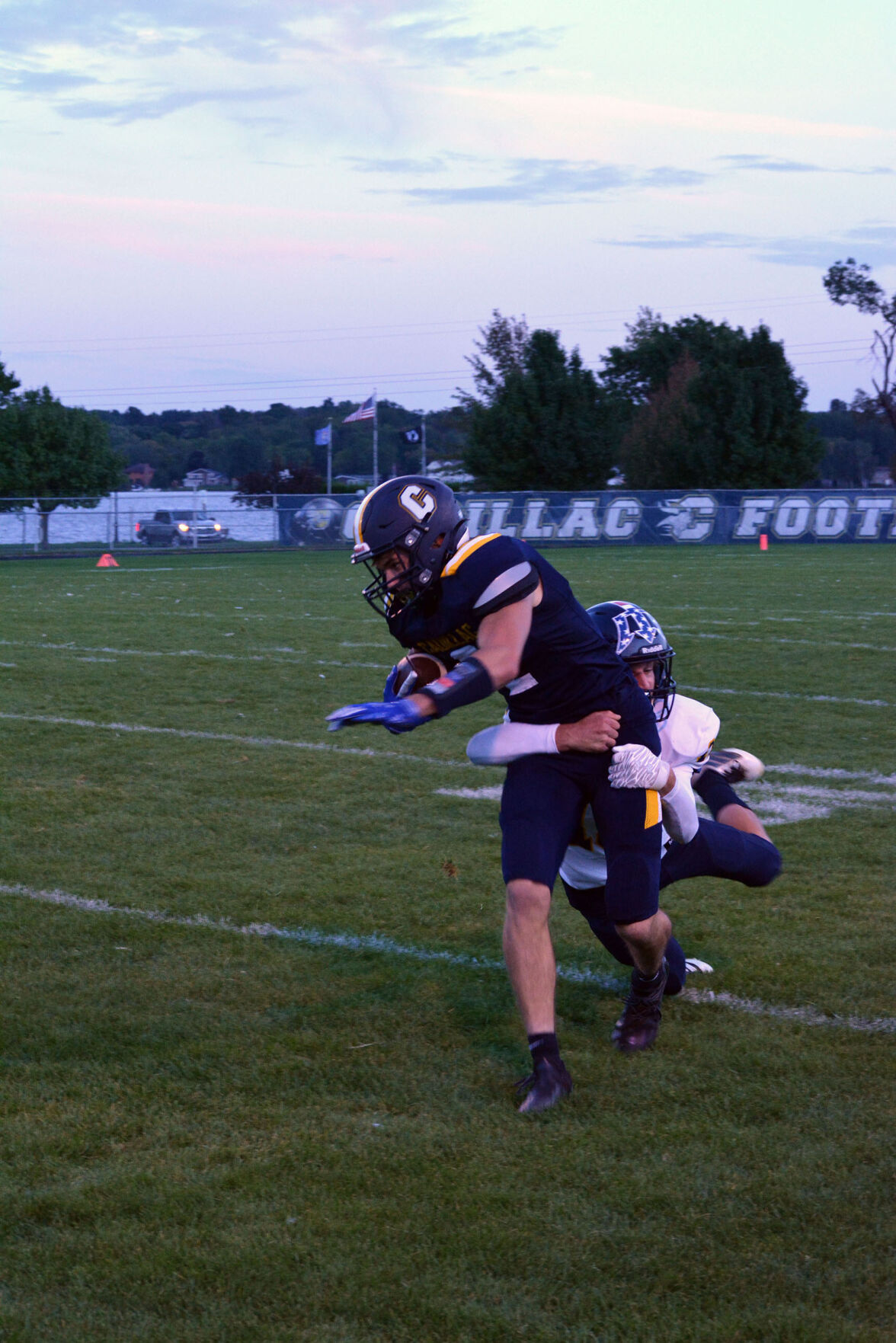 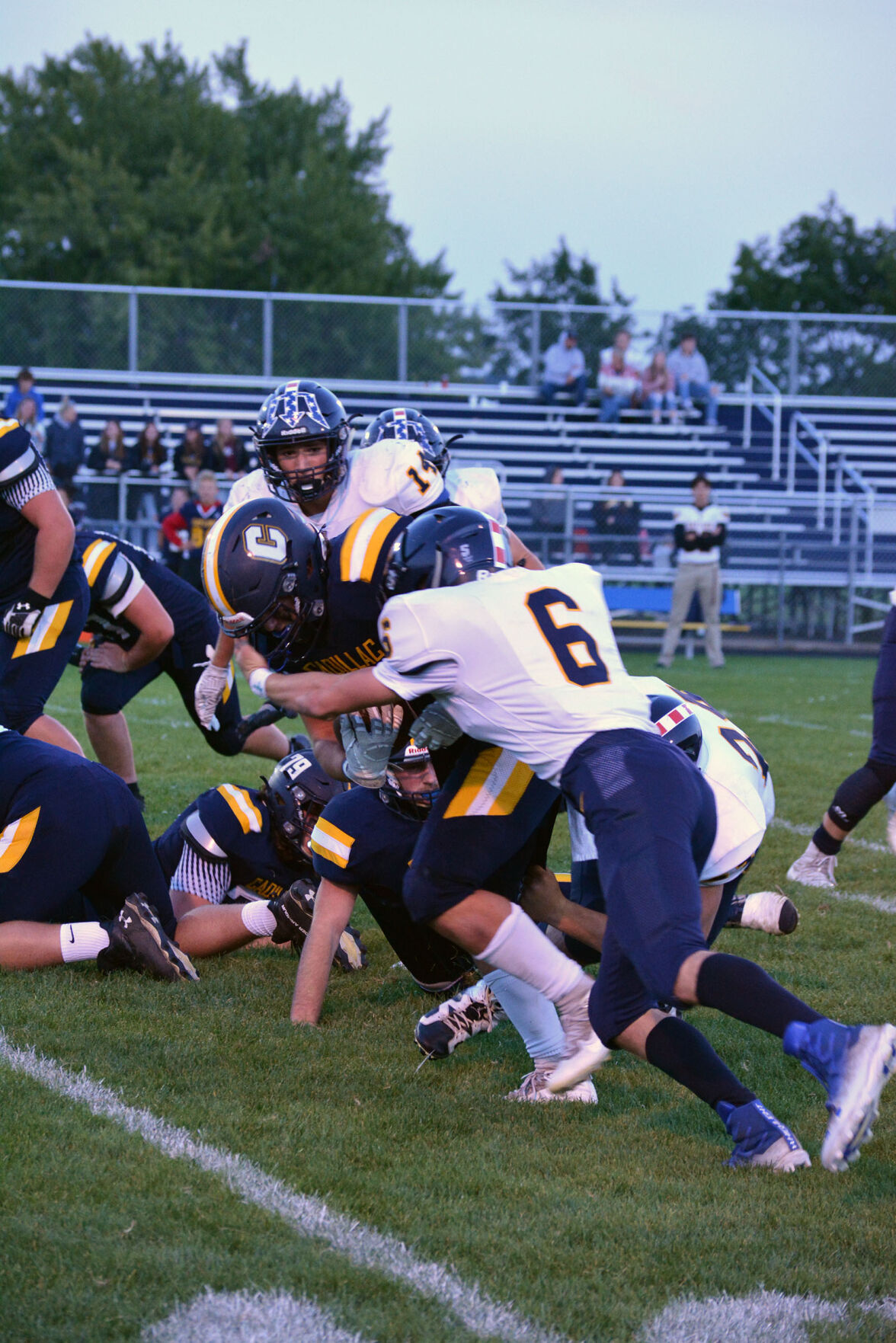 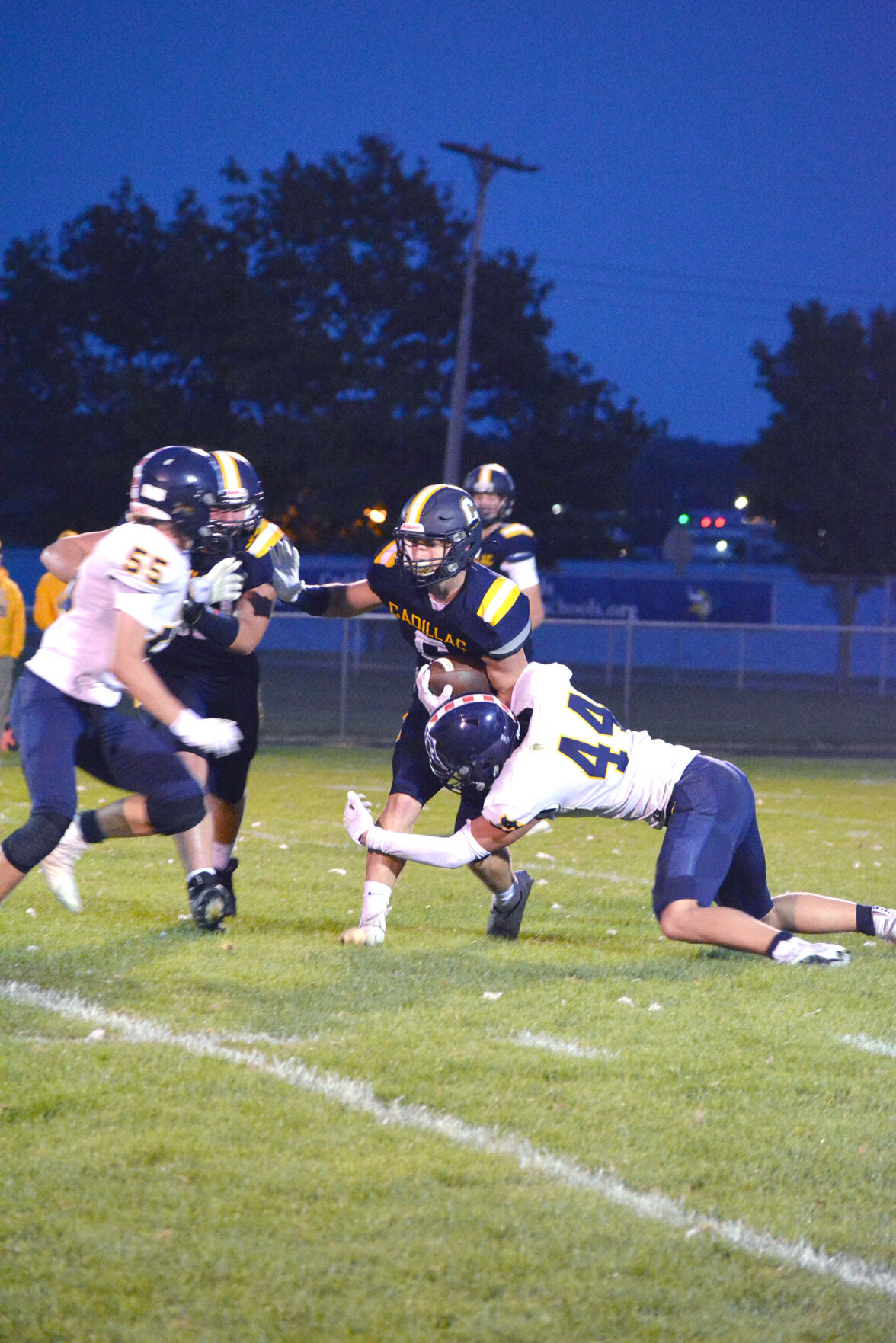 Cadillac hit two of three right on the head.

Untimely — and too many — penalties and a couple of turnovers hindered the Vikings as they beat Gaylord 22-0 in a Big North Conference football contest Friday night.

As the season reaches its midway point, playoff berths and conference championships begin to come into play.

Yet for Cadillac, there’s a lot that needs to be cleaned up as the Vikings get set to face two very good teams — Traverse City Central and Portland — in the next three weeks.

“I thought Gaylord exhibited a lot of toughness and played really hard tonight,” Mallory said. “Defensively, I was really happy with how our guys performed. We did a great job of team tackling and getting to the ball. Anytime you get a shutout, that’s a great night.

“Conversely, I am very disappointed in the lack of execution and penalties that crippled us throughout the game. That leaves a sour taste in our mouths and that’s stuff we need to take care of to get better.”

Cadillac got on the board first when Charlie Howell hit Collin Johnston for a 5-yard touchdown pass to make it 6-0 with 3:13 left in the first quarter.

The Vikings went up 13-0 on a 10-yard run by Chris Reinhold with 3:55 to go in the half and appeared to go up 19-0 a couple of minutes later after a long run by Carter Harsh but it was called back for an illegal block.

Cadillac went up 15-0 in the third quarter after a Gaylord player kicked a ball out of the back of the end zone, resulting in a safety.

Howell scored on a 1-yard run in the fourth quarter to make it 22-0.

Kaleb McKinley paced Cadillac with 83 yards on 14 carries while Reinhold had 77 yards on seven carries.

Cadillac is at Traverse City Central next Friday before hosting Petoskey on homecoming Oct. 8.