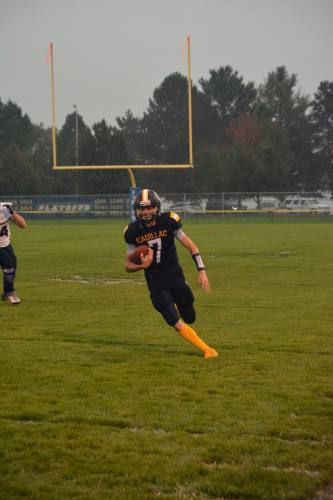 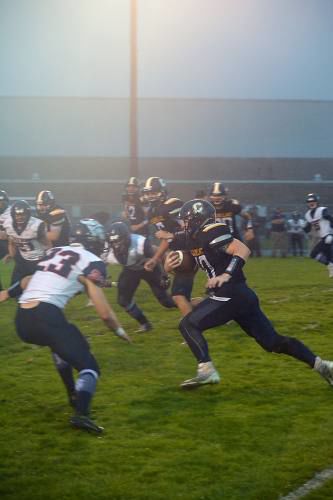 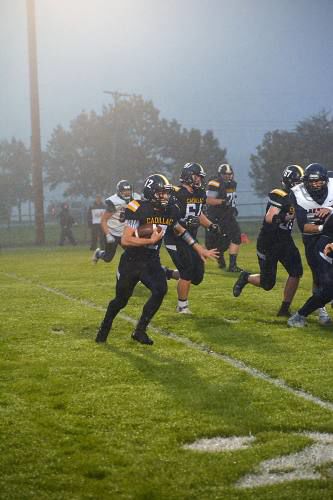 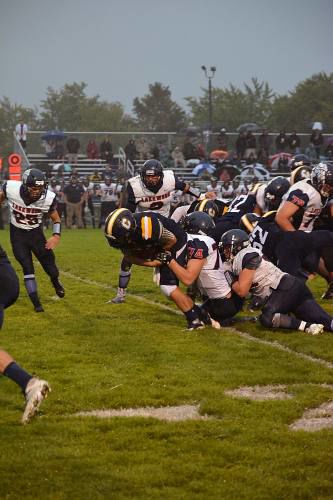 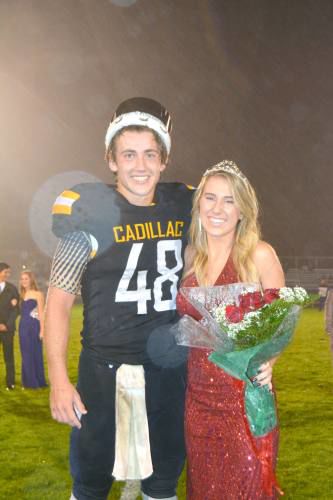 CADILLAC — Call it another step in the right direction.

Upset at giving up 41 points last week, they took it a little personally — and responded.

Cadillac put together a strong defensive effort, pitching a shutout for most of the way in a 26-6 win over Lake Odessa Lakewood in a non-conference contest Friday at Veterans Memorial Stadium.

Lakewood scored with less than a minute left in the contest.

Viking head coach Cody Mallory was pleased with the way his team responded after the 41-38 loss to Alpena last week.

"I think they took it personally and it showed in how they practiced," he said. "We did a good job of getting to the football tonight and they were all competing well. It's fun to see that happen."

It's also another good step for what is essentially a young team.

"We know it's going to be a dogfight the rest of the way so we need to make sure we keep improving," Mallory said. "That's what we've been doing."

Cadillac got on the board Friday with a 1-yard run by Tipp Baker at the 2:30 mark of the second quarter for a 6-0 lead. Baker ran another in from two yards out about four minutes later for a 12-0 lead and then finished the first-half scoring with a 17-yard run to make it 20-0.

The Vikings got the ball to start the third quarter and sophomore quarterback Aden Gurden promptly hooked up with senior Alec Barczewski for a 64-yard touchdown pass to give Cadillac a 26-0 lead.

The other key Friday was ball security. On a night when things were wet from the start, Cadillac kept it clean.

"I was glad to see we didn't have any blown snaps and we didn't put the ball on the ground," Mallory added. "That's a good job between (center) Carson Raasio and Aden and our ball carriers, too."

Luke Enyeart paced the defense with 10 tackles while Baker had eight tackles and an interception. Julian LaMonde and Barczewski had five tackles apiece.

Cadillac (3-2 overall) is at Gaylord next Friday.