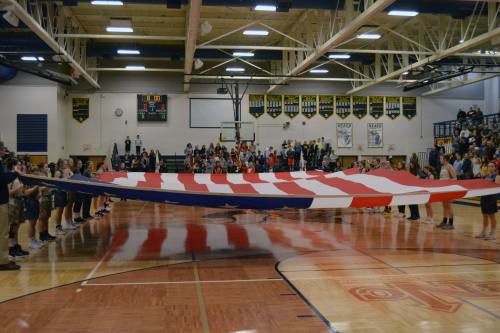 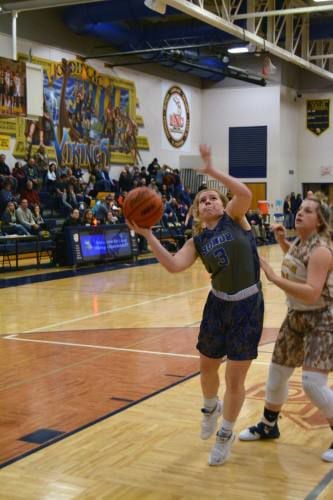 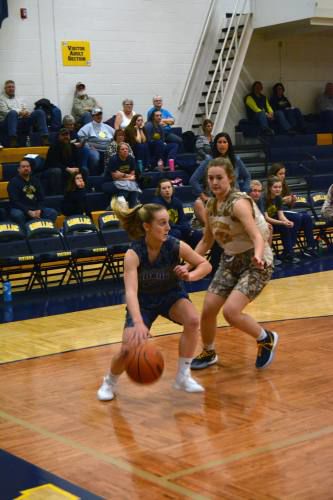 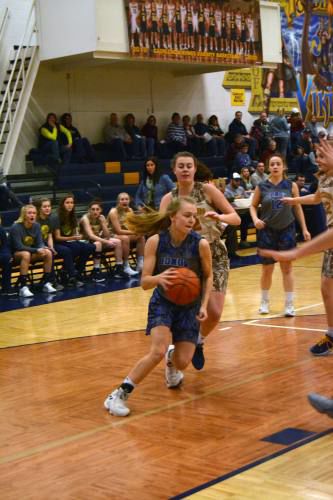 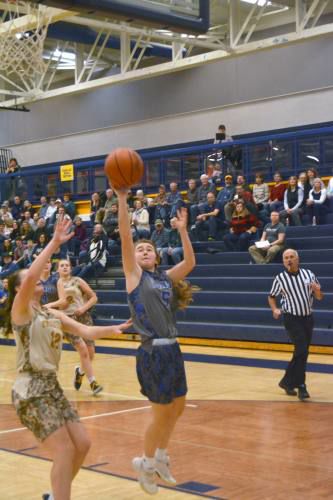 "That's half of the season accomplished on the Big North side and we're where we want to be," Cadillac coach Mike McLaurin said. "I really appreciate the girls' approach to the game right now.

"They're putting in a lot of hard work."

Cadillac led 14-7 after the first quarter and 29-9 at halftime before blowing the game wide open in the third quarter, outscoring Gaylord 21-7 for a 50-16 lead going into the fourth.

"We moved the ball around well and got some good looks," McLaurin said. "(Gaylord) threw a couple of different defenses at us and I thought we reacted well. We read them each time."

The night also served as the program's annual Salute to Service where local members of the Armed Forces are recognized. The National Anthem is conducted with a huge American flag held by both teams on the court and they wear special jerseys with "Honor" and "Freedom" across the chest.

"We had a great crowd tonight for our Salute to Service," McLaurin said. "We really appreciate the support for the Armed Forces and for Cadillac basketball."

Cadillac is at McBain on Monday