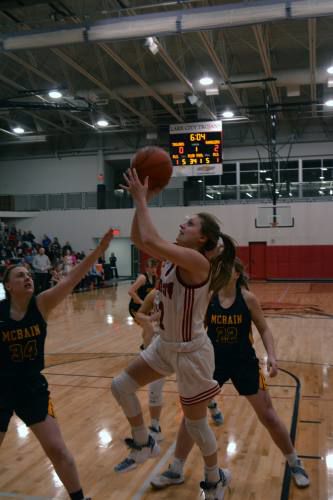 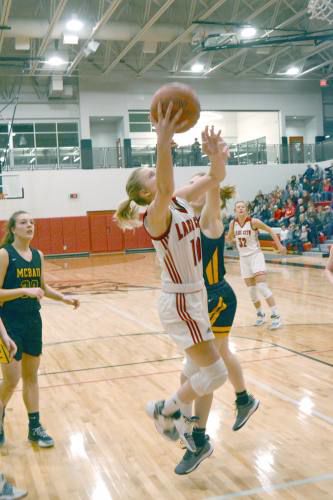 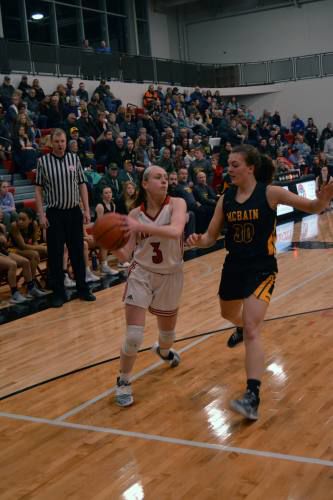 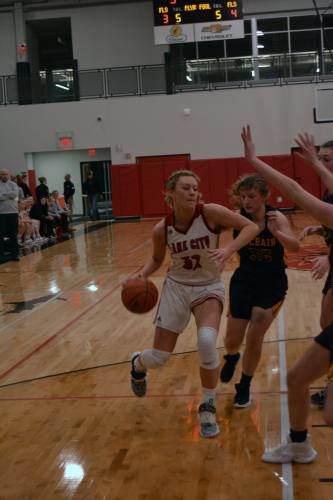 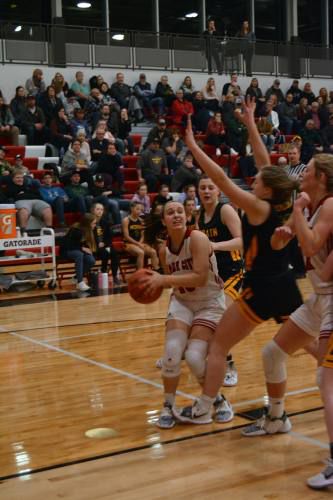 LAKE CITY — A championship to call their own.

It's the Trojans' first league crown since 2000.

"Winning the Highland is a huge accomplishment for the girls and that's one goal out of the way," Lake City coach Bill Tisron said. "Now, we move on to districts."

Lake City got off to a bit of a slow start as McBain led 9-5 after the first quarter. The Trojans picked up some steam in the second quarter and were up 17-16 at halftime.

"We started off super slow," Tisron said. "Maybe it was a little bit of nerves with what was at stake for us.

"I thought our defensive intensity was much better in the second quarter and that carried into the second half."

McBain coach Drew Bronkema was mostly pleased with the way his team played.

"We played physical and with high energy tonight," he said. "I thought overall we played pretty well defensively, too.

"We've got to do a better job rebounding, though, if we want to beat a team like Lake City."