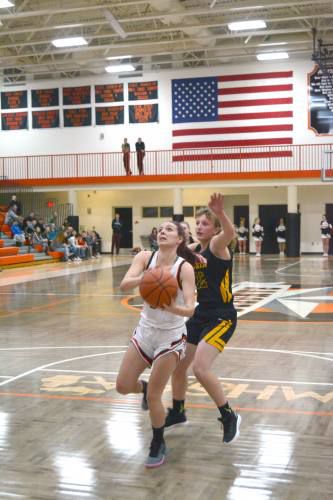 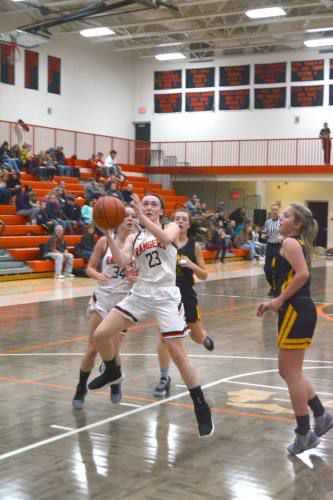 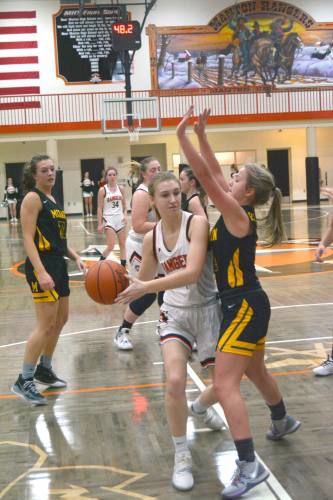 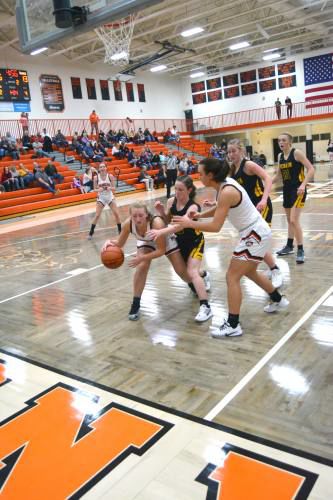 MANTON — Call it throwing the switch.

That's what happens when the opponent becomes someone you know quite well.

Manton opened defense of its Highland Conference girls basketball title with a 59-44 win over McBain in a league contest Friday night.

The Rangers were coming off a closer-than-it-should-have-been win over Charlevoix in the opener on Tuesday but Friday's start left no doubt that Manton will play a huge part in the conference race again this winter.

"I couldn't have asked for better intensity."

Manton parlayed that intensity — and some strong outside shooting — into a 22-6 lead after the first quarter of play.

McBain coach Drew Bronkema didn't want to get into up-and-down contest against the Rangers because the Ramblers' missed shots quickly turned into transition chances on the other end.

"We dug ourselves a hole early and went away from our game plan," Bronkema said. "It was a very, very physical game but I liked the way we battled."

"I thought we played great team ball on offense and shared it well," Katona added. "Kudos to Molly for six in the third quarter to slow the run they had going."

The Rangers were up 45-35 going into the fourth quarter and took care of business from there.

"Kahli did a great job coming in off the bench, rebounding well and keeping balls alive," Bronkema said. "Couper (Agema) did a good job, too, of getting the team under control and giving us a spark."

Manton (2-0 overall) is at Evart on Thursday while McBain (0-2) hosts Frankfort on Monday.