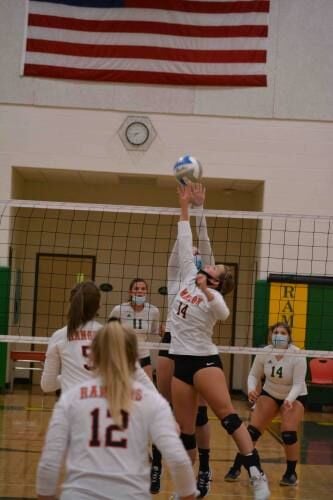 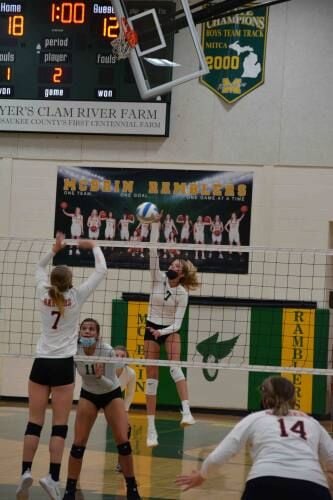 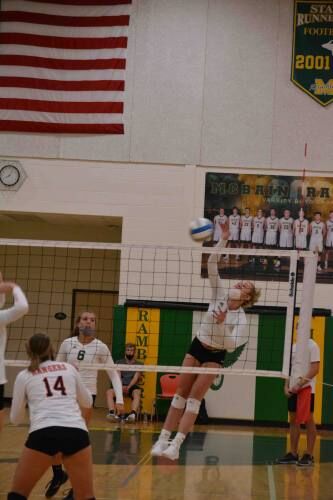 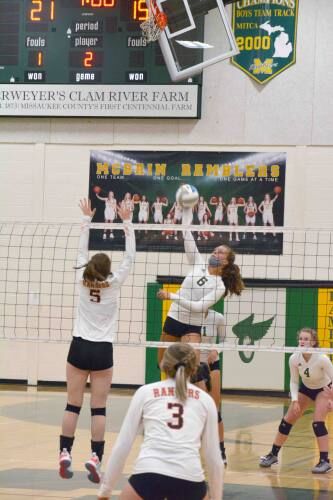 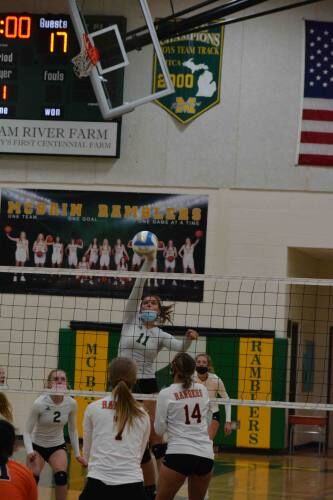 MCBAIN — They were a little off on their goal but they'll still take the results.

"We knew going into this match that we had a goal and that was to sweep the match in three," McBain coach Shawn Murphy said. "I felt that we came out pretty strong in the first and second game but as the match went on, our errors seemed to get the better of us.

"Our serving struggled quite a bit and when that is coupled with our hitting errors, it's hard to keep the points running on our side. I give credit to Manton's defense, they really kept fighting right up to the end."

Emma Schierbeek led the way with 12 kills, eight digs and an ace on eight of nine serving while Gabbie VerBerkmoes had 14 kills, two blocks, three aces and four digs.

For Manton, the inconsistencies hurt.

"I think there were some positives," Manton coach Nicole Helsel said. "The girls did a great job serving and put out a really good effort.

"We're sticking with the motto that we don't lose, we learn. The next time we see McBain, we'll have a different look to us."

McBain is at Roscommon with Evart on Thursday while Manton is at Lake City with Beal City the same day.

"We need to be more cohesive as a team and quicker on the court," Lake City coach Bridgid Ardis said. "Give Evart credit for playing tough defense but we have things to work on, especially before seeing Manton and Beal City on Thursday."

Emma Baron dished out 21 assists, 11 kills, a block and four aces while Olivia Bellows had six kills, a block, four digs and an ace. Nicole Adams had two aces and three digs while Morgan Rogers added an ace and a dig.