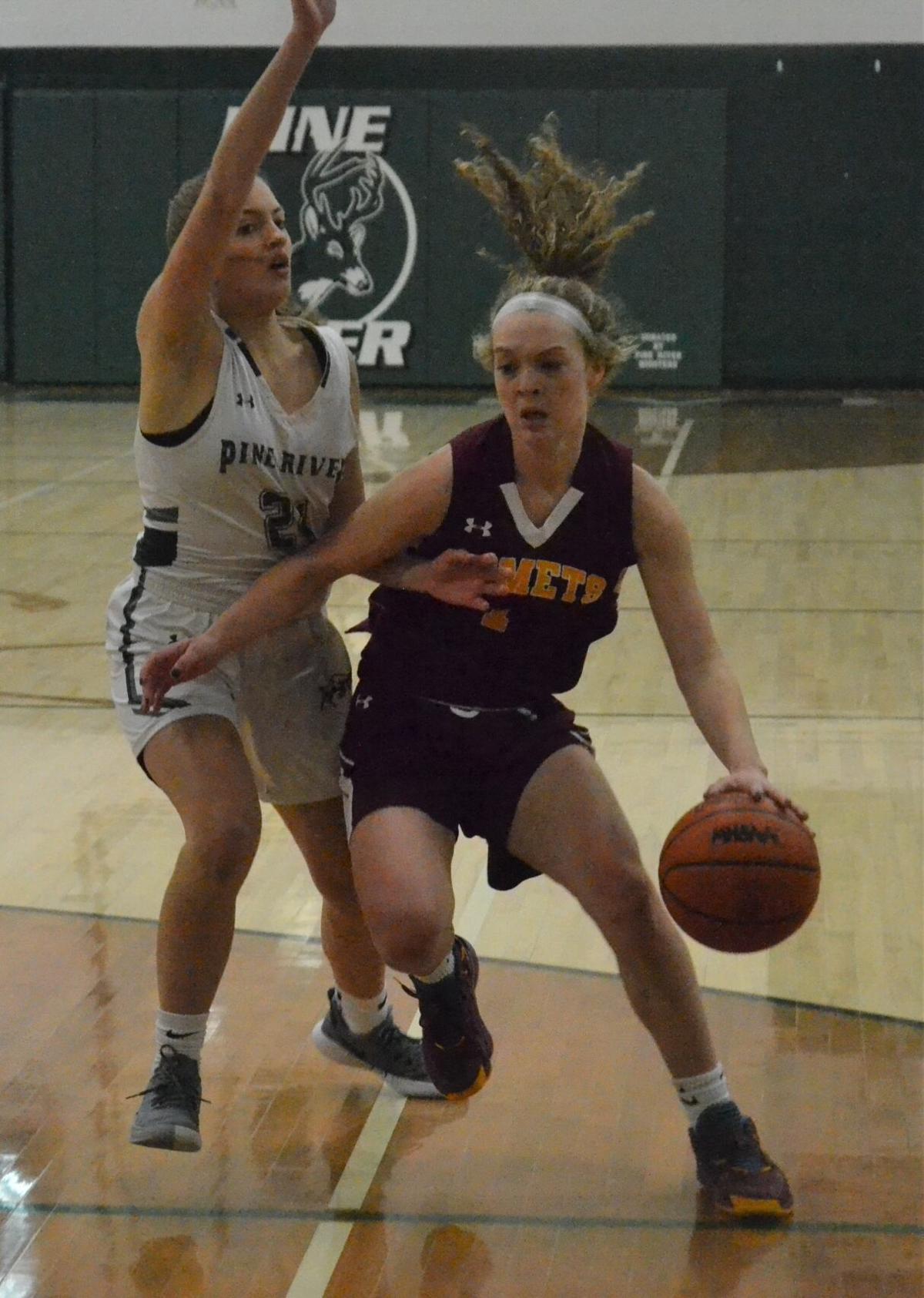 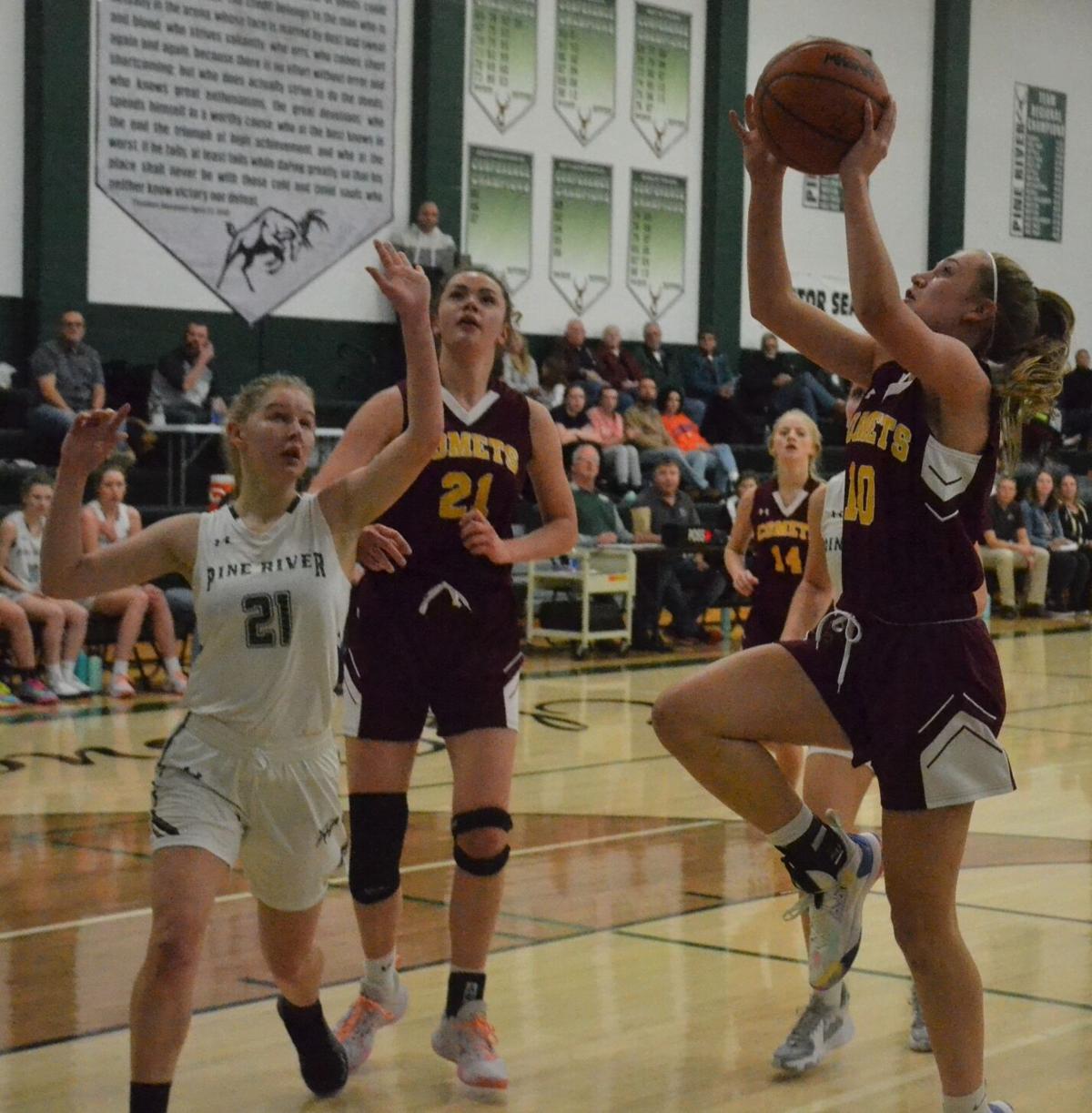 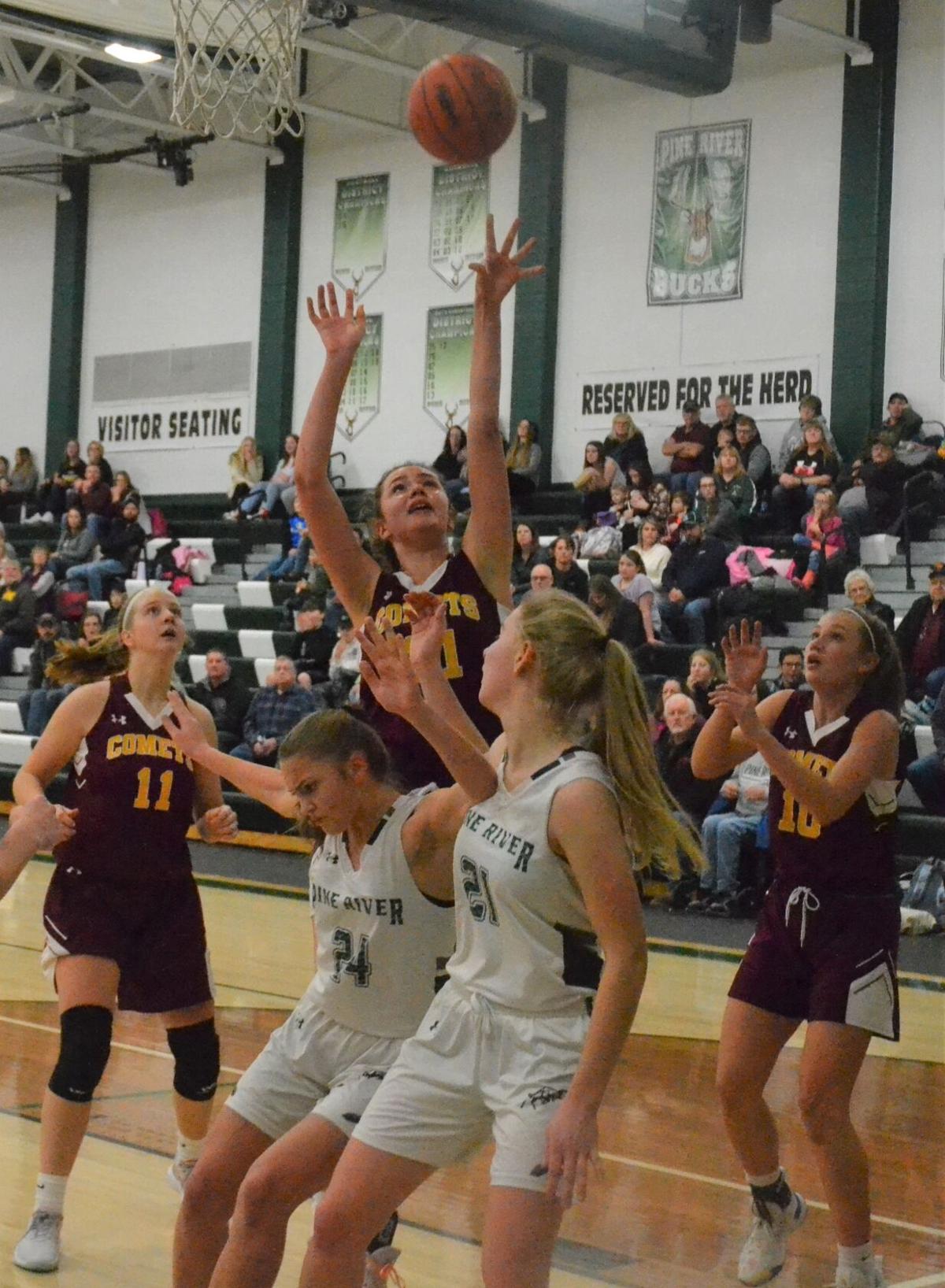 The Comets (6-0, 6-0), coming off an emotional victory at Lake City a few nights before, got off to a slow start and Pine River capitalized, pushing to a 14-9 lead behind a pair of long-range connections from Madi Sparks, who would lead the Bucks with 11 points, and the early-scoring touch of Amanda Hill and Avery Sumpter.

NMC rallied, though, going on a 22-3 run that was ignited in the final minute of the first quarter behind a short jumper from senior Megan Bennett and carried into the first four-and-a-half minutes of the third quarter when junior guard Paige Ebels converted a steal into a breakaway bucket. The Comets trailed 16-12 when the run started and had a commanding 34-19 lead when it ended.

Pine River applied pressure in the fourth quarter with some success, creating some turnovers and cutting the Comet lead a few times to 10 points behind the hot hand of senior Hailey Wantstead, but could not get any closer on this night.

“Pine River played us tough,” said NMC coach Rich Bennett. “They’re a scrappy bunch of girls and they have a great coach. It took us a little while to get going tonight after the big, emotional win at Lake City but give Pine River credit. They’re girls were aggressive and physical and they were hitting shots at the start.

“Fortunately we were able to come back. It was a good, tough Highland Conference game tonight.”

Both teams applied an effective zone defense much of the time. Players on both sides had difficulty getting uncontested shots off anywhere near the rim.

NMC’s success during the game-turning run that extended until midway through the third quarter came mostly from transition points off a quick break following a rebound or a steal. Neither team was able to connect very often from its half-court offense.

Bennett, who drew Buck defenders like a magnet, scored 18 with 12 rebounds for a hard-earned double-double. Ebels hit for 12, going 4 for 5 from the line, and she also notched five rebounds and four steals. Jada VanNoord struck for nine, including a trey, and grabbed six boards with two steals. Alaina Rozeveld and Katie Krick each tallied four.

Bennett also credited Mabel Yount with providing quality minutes off the bench while filling in at different positions.

Sparks’ 11 points included three triples. Wanstead scored eight, all in the final period as the Bucks tightened the score, and Hill hit for seven.