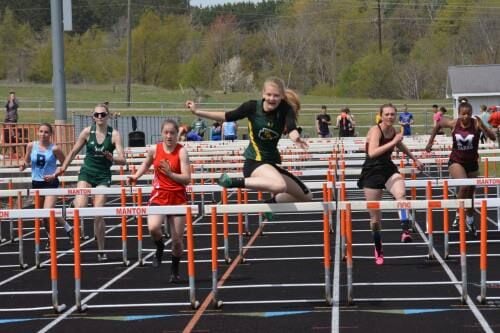 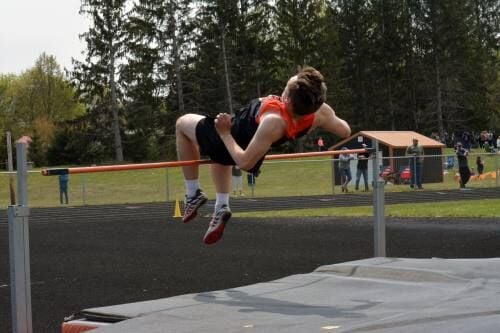 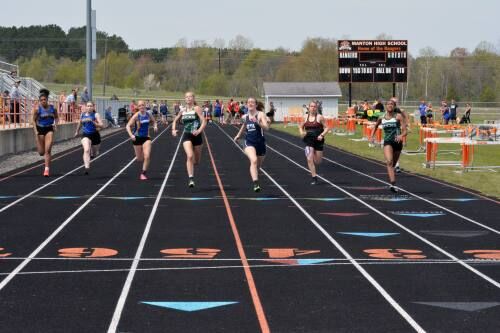 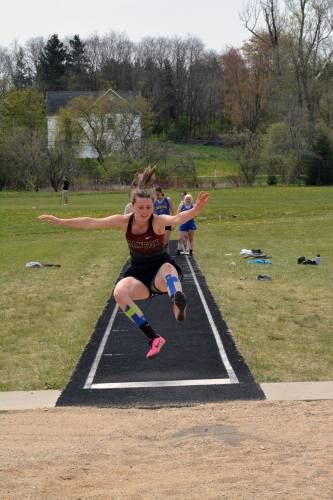 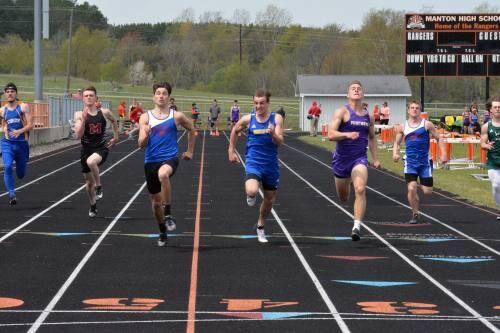 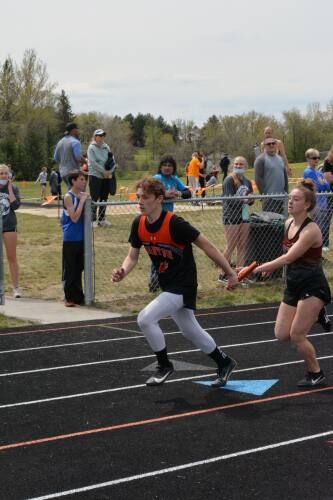 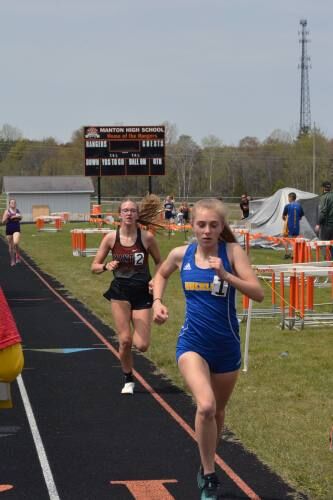 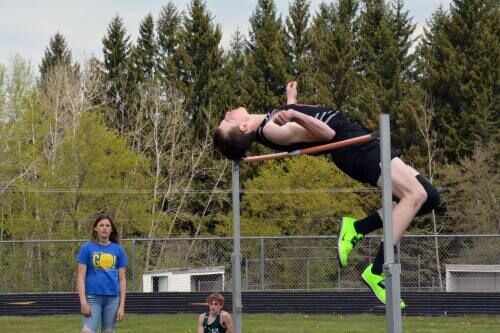 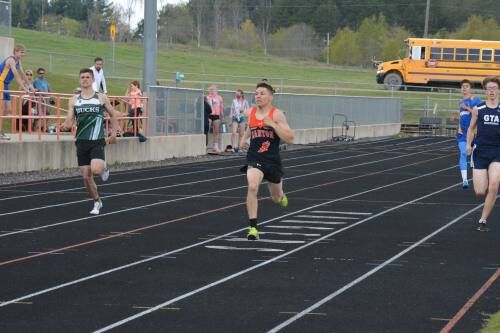 As the COVID-19 pandemic shows signs of relenting, high school sports are reaping the benefits.

Manton held its annual track and field invitational Saturday with 14 teams — and very few facemasks — involved after the MHSAA removed the order to wear a face covering late Friday night.

"It was a great day for track and field," Manton girls coach Jeff Harding said. "It felt like the good ol’ days with 14 schools in attendance. It was great to be able to send our seniors out on their last meet with something that felt ‘normal.’"

Pine River had the best day as both its boys' and girls' teams took first.

Pine River scored one individual first place as Kendra Montague won the 200-meter dash in 27.39 seconds. She also ran a leg of the winning 1600 relay (4:21.82) with Lynnesia Belvin, Sydney Edstrom and Ellie Rigling.

"The kids competed really well with 13 personal-best performances," Harding said. "Special recognition to sophomore Hadley Saylor (800). It seems like every race this season, she is busting out a new personal best. I don't even know if she knows how fast she can go yet.

"And also to senior Jessie Cochran for her performance in the shot put and discus, earning her first Manton Ranger Invite medal."

Marion's Harley Bear won the shot put at 34-4 and the discus at 98-5 while Elizabeth Fouch was second in the pole vault at 7-6.

"We had a very good day," Buckley coach Ken Wicker said. "There were a lot of good teams there and I thought we competed well."

Marion's McCoy Williams won the shot put at 43-0 and Braden Prielipp won the high jump at 6-0, just missing on a school-record attempt at 6-6. The Eagles also won the Throwers' 400 relay in 55.91 seconds.

"It was really great to see our 4x100 thrower relay win the event," Marion coach Jason Keeler said. "They were stoked. They were really proud that each member of that really also placed in their respective throw event.

"McCoy and Harley both won the shot put; Nicolette Maddox took third in the discus and fifth in the shot; and James Alberts placed eighth in the disc."

GAYLORD — Cadillac shot a team score of 335 to finish fifth in the Gaylord Invitational Saturday at the Gaylord Golf Club.

Traverse City West won the event with a 310 while Traverse City Central was second at 313 and Cheboygan third at 327.

"We are improving each and every day now," Cadillac coach Brandon Bailey said. "A lot of short game practice is starting to pay off.

"Ben (Drabik) led the way with a 79 and tied for ninth. This was a milestone for  Ben as he shot his best competitive round. Now, we have our sights set on the next jump in scores as a team as we are few weeks from regionals. It's all about confidence and peaking at the right time as a team. When the players stick to the game plan that we have for them, we have shown a 13-shot improvement in the last few weeks."