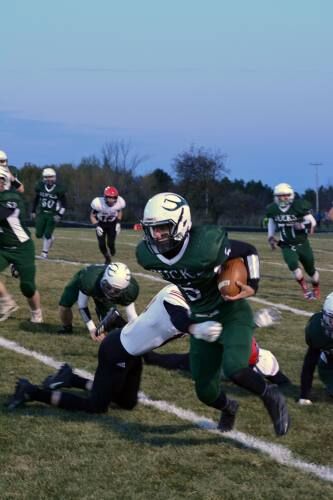 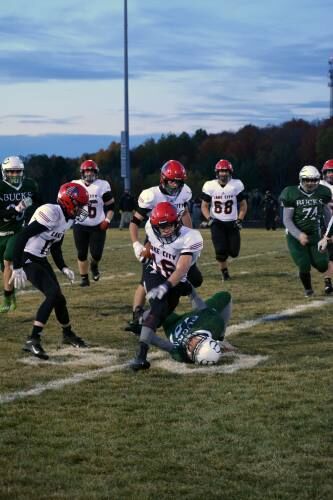 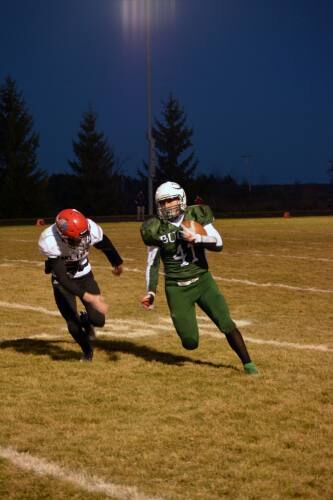 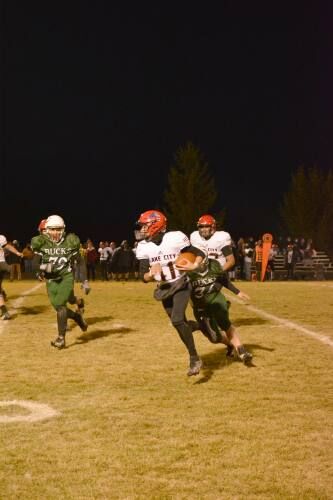 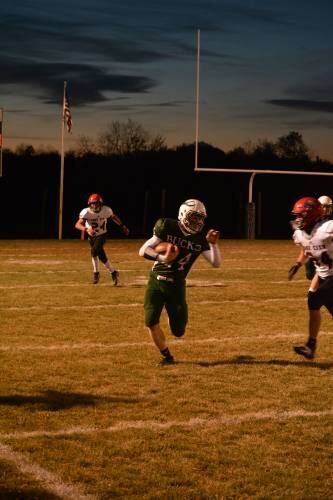 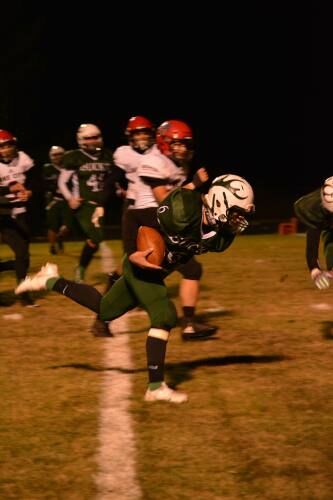 LEROY — Kyle Smith has been waiting for this.

Sometimes not so much.

Lake City put together a strong effort from start to finish to beat Pine River 36-13 in a Highland Conference football contest Friday night.

The Trojans (2-3 overall) had found ways to shoot themselves in the foot at different times this year but limited some of those mistakes against the Bucks.

"We finally put four quarters together," Smith said. "We played with a lot of effort, energy and enthusiasm.

"It's a great team win and I am pleased with tonight's efforts. The offensive line played much better and created opportunities for us."

Lake City got on the board first before Pine River scored to make it just 8-7 at halftime. The Trojans then blew the game open in the third quarter with some big plays.

"It was one of those crazy games," Pine River coach Terry Martin said. "I was happy with our effort and thought we played hard.

"We had mistakes on turnovers and gave up some big, crazy plays. The ball wasn't rolling our way tonight."

Brody Gothard made six catches for 77 yards and a TD.

Andrew VanderTuig paced the defense with 12 tackles and a sack.

Pine River (1-4) is at Evart on Thursday while Lake City hosts Ludington on Friday.