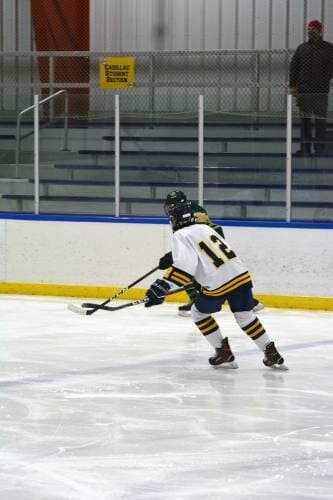 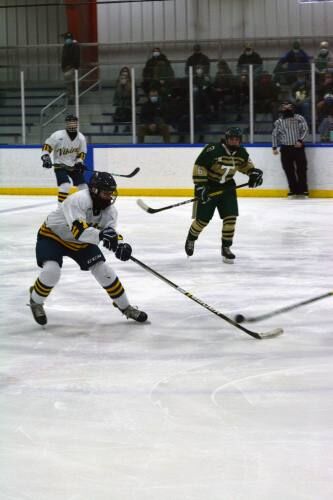 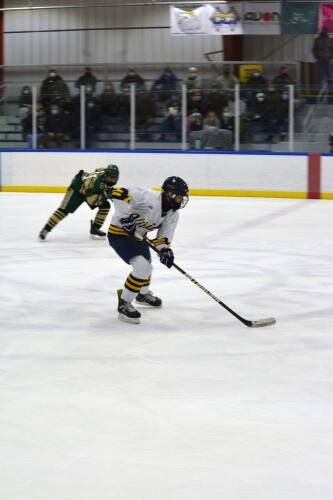 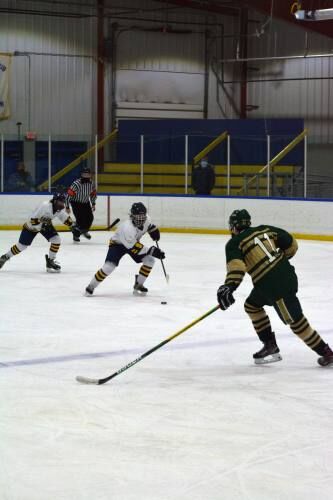 CADILLAC — Slowly, the signs of progress are coming.

Cadillac, after a rough couple of games, put together some successes in dropping a 4-1 decision to Big North Conference foe Traverse City West Monday at the Wexford Civic Arena.

The Vikings were coming off a rough loss to Petoskey on Friday so Monday's effort was a step forward.

"We showed a lot of improvement from the last few games to today," Cadillac coach Scott Graham said. "We showed what we're capable of and we deserve to be proud of that."

TC West scored two minutes into the first period and then scored a couple of quick goals to end the period up 3-0.

Cadillac stemmed the tide, though, and made it 3-1 when Kaleb McKinley scored on the power play off assists from Jackson Hilt and Fisher Moore in the second period.

It stayed that way until the third period when the Titans put it out of reach.

"You could see and feel the difference in our spirit," Graham said. "I don't think the score was indicative of the game because it never felt like we were out of it.

"We played well in our zone, blocked in front of our net, blocked shots, were getting sticks in passing lanes and we transitioned well. It was a lot of fun and certainly something we can build on in practice."

Cadillac hosts Petoskey on Wednesday and Gaylord on Friday to wrap up another three-game week.