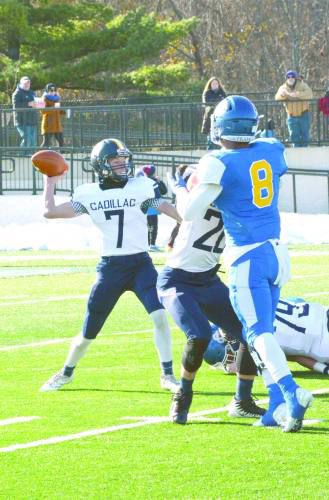 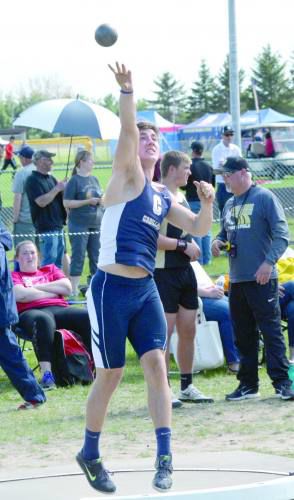 The sound of a bat hitting a ball might be coming in August and September.

The sound of a crowd celebrating a touchdown might be happening in April and May.

When it comes to the return of high school sports amid a global pandemic, everything — and I mean EVERYTHING — is on the table.

Yet, like everything else these past four months, it's wait and see.

Michigan Gov. Gretchen Whitmer gave high school sports athletes some hope for sports this fall and beyond in introducing the "MI Safe Schools" plan on Tuesday.

If the state is in Phase 4 or 5 of her "MI Safe Start" plan, students will be in classrooms and athletics will be allowable in some way or another. Currently, most of northern Michigan and the Upper Peninsula are in Phase 5 while the remainder of the state remains in Phase 4.

There are concerns, however, that recent spikes and upticks in infection numbers might slow that process or — worse yet — make us move backward.

It's what she said in conjunction with all of that that caught my attention — and the attention of those involved in high school sports around the state.

"I'm also calling on the Michigan High School Athletic Association to consider postponing fall sports that have the impossibility of social distancing as a part of them, considering moving those to the spring and running some of the more individualized sports like track and field or tennis or golf to the fall," Whitmer said. "I anticipate a decision from them somewhere around July 20 to 25, is what they've indicated.

"The MHSAA is a private organization that regulates (high school) sports, and I think this is something they should consider."

Switching seasons is something that's been on the table of nearly every state high school association in the country since COVID-19 upended our world earlier this year.

It seemed like it was just lip service, though, for organizations to be able to say they were considering everything when the hopes have been — and still are — to proceed as normal with fall sports in the fall.

Football, volleyball, soccer, cross country, boys tennis, girls golf and girls swimming would start in August and be wrapped up by Thanksgiving.

Then again, we know we aren't living in a normal world and likely won't be until there are vaccines/treatments widely available for SARS-CoV-2, the novel coronavirus that causes COVID-19.

MHSAA media and content coordinator Geoff Kimmerly agreed with those statements in a conversation Tuesday with MLive.

“(Whitmer) obviously said today she would like us to look at the possibility of moving the less-contact sports of the spring into the fall this year,‘ Kimmerly said. “Right now, we are still looking to have fall sports in the fall. That’s the way we’ve been planning the entire time. However, we are going to have some contingencies in place as we watch the numbers, as everybody else is … The lower-contact sports in fall, switching track and field and golf and tennis, that’s obviously a contingency that we’ll have waiting for her that she’s very interested in. It’s one that’s been brought up throughout this process, really.‘

It's being creative, though, that might give kids a better chance to have sports, regardless of when they are on the calendar.

"We might have to do some things in terms of contingencies where we can start a season in the fall, but then something happens where we have to end the season and come back and finish it in the spring," Kimmerly said. "We could do that. That's not the most desirable contingency, but the important thing to get out there is that we are fully planning on having three seasons.

"Right now, we are looking to have fall (sports) in the fall, but if numbers — by numbers I mean cases and guidelines from the health department — if those things dictate that we need to switch things up, we're going to be nimble and we're going to be creative."

The creativity would extend only so far.

The MHSAA also doesn't want to have a repeat of what happened during the 2019-20 academic year when winter tournaments weren't able to be completed and spring sports never happened.

The plan is to be more proactive and have plans in place in case we have to hit the pause button once or even a couple of times because of COVID.

"We'll have contingencies where we'll figure out how to pick sports back up again when it's safe," Kimmerly said. "Even if that means we have to take time off and come back."

Kimmerly anticipates the MHSAA will be in the ballpark of Whitmer's mentioning of July 20-25 as to when we'll have an idea of what's happening this fall.

Currently, football practices are set to begin Aug. 10 while the remainder of the fall sports go Aug. 12.